Inspired by the end of ‘Top of the Lake’ and still missing ‘The Returned’, I steel myself to watch the misty nightmare that is Southcliffe.  The slow-burn drama series is enjoying a (long) moment – but what’s the appeal of these cult shows and what can they teach us about great storytelling?

My favourite show for many years was the fast-moving, action-packed and slickly edited ‘CSI’ series in the US.  These days I’m watching the hypnotic yet relatively slow moving ‘Hannibal’.   Scandi-Noir series ‘The Killing ‘and ‘Borgen’ have no doubt had a big influence on this new movement with Danish drama, ‘The Bridge’, the latest show to be remade for Sky Atlantic.

So is slow the new fast?  These cult series demand your attention but in different ways.  How?

Less is more.  Less plot means more time for atmosphere and emotion.  The characters take centre stage, and the primacy of relationships is reiterated, allowing us to connect more strongly with their journeys.

You have to concentrate.  It’s much harder to second screen when watching as the plot is not as formulaic.  You can’t predict the sudden revelation or shock event as you are not set up for it with heavy music cues and other tension building devices.  So you give it your undivided attention, like watching a movie. The fact you can pause the show or watch it On Demand means you can sit down and watch it when you’re ready, with no ad breaks.  So less time doing recaps and flashy end of act breaks and more time telling the story.

The Show Runner as Auteur.  From ‘Buffy’ to ‘The Sopranos’ and ‘Mad Men’, to ‘Breaking Bad’, the Americans have led the way with the rise of the creative writer/producer who has a vision for a new kind of TV show. But with the migration of cinema stars and directors to the small screen in search of funding for mid-budget drama, Jane Campion and Steven Soderbergh are now directing for television and Video on Demand.  Which means…

Television is the new Cinema.  These series are high on visual style.  The dialogue is minimal.  There is nothing ‘domestic’ about these dramas.  The landscape is a big attraction.  The beauty of New Zealand, of the French mountains, creates a form of visual-tourism, we can escape to these worlds and feel our world expanded by them.  And yet…

The Village is Key.  Most of these series are about a community in peril, the multi-protagonist storylines perfectly suited to TV’s broader canvas.  We have time to get to know whole families and learn about their world as it implodes around them.  This is not a new idea but the village has been reinvented – as unstable, damaged, at risk of flooding, occupied by squatters, or terrorised by a gunman who lives there.  And we are all shown as culpable because each character is connected to the main event in a very real way. 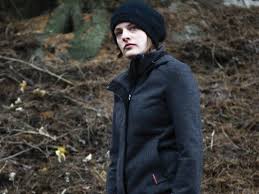 Complex and Real Characters.  With less plot, the characters have time to breathe and have all the quirks and desires of real people.  Even if they behave in extreme ways we understand the psychology behind what they do, and so can relate it to our own experience.  The genius of ‘The Returned’ was to ask what real life questions and emotional damage the return of a dead loved one would create…

The most exciting revelation of these slow-burn series is this –

We are focused on the inner not the outer life.  Rather just the depiction of reality – the illusion of progress with a logical plot and cause and effect reactions, we are faced with the unpredictable and illogical world of a dream.  Isn’t that closer to the reality we face every day?

The writer with something to say and directors with new ways of saying it are at the heart of this new wave of dramas.  No more pretty pictures tied up in a bow for us to sleepwalk through.  Jane Campion and Co are plumbing the depths of the lake,  drenching us with images and ideas that wake us up, pushing us into new ways of seeing.

We are active viewers again.  And it feels good.

How have you been inspired by recent TV drama? Leave a comment here or find me on Twitter @emlin32.  Happy viewing…

So many film-makers I know live and work around the world.  So how do you pitch yourself and your projects to this brave new global market?  I have spent the last five years between London and New York, producing and directing for US and UK television.  I recently gave a talk on how to pitch beyond the UK  for the BBC and Creative Skillset  – here’s what I came up with:

1)   Get Moving. Go to international TV festivals to meet TV Execs from around the world – MIPCOM and MIPTV are well-established markets; for factual try Realscreen and Realscreen West in the US and Sheffield in the UK.  NYTVFest can put you in a room with networks like Fox to pitch your comedy pilots directly.

2)   Get Online.  There are many online briefings available   – Radarscreen offers global factual briefs and commissions; Cynopsis is great for US TV news;  our own TVMole serves up excellent UK and international commissioning news, not forgetting Broadcast which covers not only the UK but the latest  international deals too.

3)   Partner Up. You can find a UK Indie that has a presence in the country you are targeting, or contact the Indie Unit at BBC Worldwide for advice on where to pitch your projects and who to contact, which can act as your sales and distribution company.  Or use your agent or approach foreign channels directly through your own company if you prefer.

4)   Watch their Shows.  Sounds obvious but if you want to make shows for a foreign audience, you need to key into what already works there, it’s a different country, a different culture with different audience expectations.  Ignore this at your peril… because

5)   Style matters. Identify the many differences in format for the country you’re pitching to compared to say the UK version of the same show and adopt this style in your pitch, written treatments and teaser reels.

6)   Speak their Language – Each country has it’s own particular business culture, which you need to learn and operate within. The best way is through living and working there, but you can also ask advice from colleagues who’ve been there and learn from their experience.

7)   Treat Co-producers with Respect. A commission from another country is not just gap-financing, they are buying a say in the final product and if you have more than one country in play, you need to balance the needs of all of them with your own taste as a writer/director or producer.

8)   Be your own Brand. Be you – internationally. Your programme ideas are could be universal in their appeal if you think outside country lines and reach out to the audience you identify with most – wherever that may be in the world.

Good luck! And see you Up in the Air…. 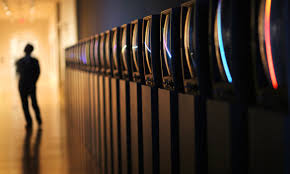